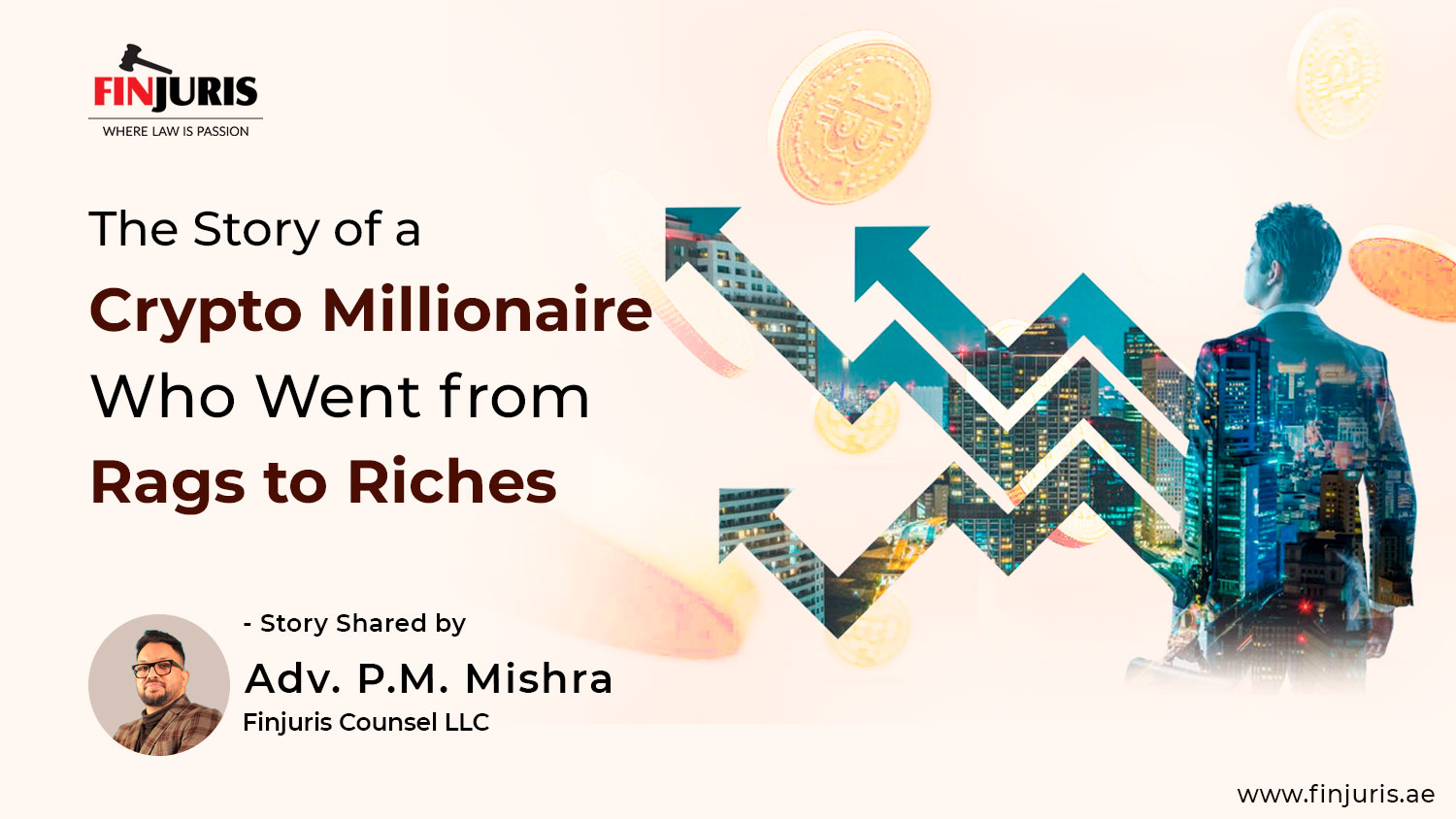 Dubai, United Arab Emirates Oct 26, 2022 (Issuewire.com) – Adv. P.M. Mishra from Finjuris Counsel FZ-LLC shares a story about how his client went on to have a successful project with luck and the guidance of his team.

My path has been crossed by people from all walks of life. They’ve progressed from having nothing to possessing quite a lot. I’ve also witnessed folks lose everything right in front of my very eyes. Basically, as a white-collar crime and fintech lawyer, I’ve seen it all. Today I’m here to tell you about my client, who rose from poverty to riches. A young man with 500 dirhams in his pocket, bright eyes, and an inventive mind.

We received a call at our Singapore office a couple of years ago. It came from a young man in his early twenties who had earlier claimed that he was from Singapore but was actually from a remote Indian town. Despite his initial reluctance to engage with us, he informed us about a crypto project he was working on and indicated that he had London-based supporters. He was terrified of exposing his identity and background to the Londoners because he was terrified, they would refuse to support the initiative because he was from a small town.

After meeting our inventive client in person, my team and I decided to contact his London-based investors and began assisting him with his project. We presented him to his contacts, whom he had previously been hesitant to meet, through video conference, legally structured his project, and assisted him with licenses in numerous nations that had already begun to regulate their crypto operations. His idea, which had previously been valued a few thousand dollars, had now grown to millions. The idea got the support of the most well-known influencers as well as a number of venture capital funds. For someone who came to us with only 500 dirhams, it took him a good amount of willpower and technical mindset to become a millionaire.

This made us realize that one need not be loaded with a lot of money to have a successful project. Money alone cannot make a project successful. An innovative and creative mind, understanding market demand and willingness to make a project successful is what helps you and your business in the long run. People in the business have tried to pump money into projects and run it in an illegitimate manner to pave their way into becoming crypto millionaires.

Another factor that determines the success of your project is having the right people on board and performing all the internal activities related to your business in a legitimate way, even though it is a long and time-consuming process. At the end of the day, its all worth the time, efforts, and money. As a legal consultancy firm, we believe it is our responsibility to identify the difference between genuine projects and projects that are made with an intention to dupe individuals. It is therefore necessary that we as consultancy firms take interest in projects that are innovative and have the capacity to captivate people with their ideas instead of false promises of yielding higher returns.