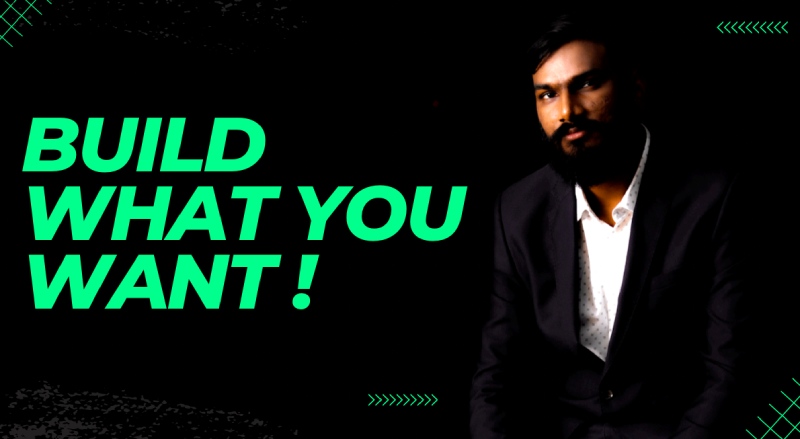 The Indian economy has seen a boost in entrepreneurial activities in the recent past and a large chunk of the country’s population is involved in actively building the start-up ecosystem. The subsequent opportunities offered by technical know-how is a vast pool and Rajaganapathy, a serial entrepreneur and tech enthusiast focused all his skills on diligently setting-up his first start-up Zevi Technologies.

Rajaganapathy’s success is an example of his innovative mind-set which led him to monetize his skill and create brand-new solutions for people by offering them mobile development services and web application development.

The journey of entrepreneurship for Rajaganapathy began during his college days. A science student who holds a B. Tech Biotechnologist degree, technology was a subject matter which always intrigued him. However, his college life which began in the year 2016 was full of twists and turns as he was suffering from depression and battling other issues. Rajaganapathy’s sheer dedication and commitment to excel in life kept his spirits high and he relentlessly worked on several trial and error methods after gaining knowledge on his area of interest. Technology and Entrepreneurship were the two areas he focused his attention on and completed his graduation in 2020, during the peak of the Covid wave.

He was highly focused on establishing his own start-up and during the entire time when businesses were shut down and were facing losses, Rajaganapathy’s business ethics and skills landed him his first order, a website development. This first sale earned him an amount of Rs. 35K after which he used that money to register his own company, ZEVI TECHNOLOGIES PVT LTD in India.

The start-up is an IT Company dealing with Web application development projects. Rajaganapathy’s self-learned trial and error method successfully helped him serve more than one thousand clients. The initial set-up witnessed a good cash-flow but after six months, the company started facing losses and saw a decline in the number of projects.

After facing this set-back, Rajaganapathy came up with a solution to revive his start-up and thereafter closed his office. He went for a trip abroad, exploring other dynamics of the domain and learnt a great deal about the working and scope of international businesses. After returning, Rajaganapathy understood the concept of web3 as the next big emerging technology and decided to go ahead with United Kingdom as the base for his next venture.

He formed a company named as MOONX LABS LIMITED, which specialises in developing web3, NFTs, crypto, Metaverse development and all block-chain based activities. This turned out to be a game-changer for Rajaganapathy as he slowly made a turnover of Rs. 60 Lakhs in a span of two months.

Additionally, after this project, in July 2022, Rajaganapathy switched to the role of a mentor, guiding his friend Karishma on her EduTech business venture, Hypex Academy. The entire scaling process of the business was looked after by him and he was appointed as the Chief Technical Officer for the establishment.

Entrepreneurship as a profession is highly rewarding. After tasting success in various ventures, Rajaganapathy delved into the e-commerce business after realising the huge potential of Indian markets in this sector. He therefore started selling his own set of books titled THE MINI BOOK BUNDLE – candlestick pattern and chart pattern which sold 2800 copies in just thirty days. This too turned out to be a huge success for him.

Rajaganapathy strongly believes that faith and determination can lead a person to success. HE currently runs four businesses, each in a different field and is the Chief Operating Officer of Souled Traders as well. He is also working on an international crypto development project worth a million dollars and plans to setup at least 20 start-ups by the year 2025 and scale it for multiple sources of income.